The Power of AI-Driven Test Automation 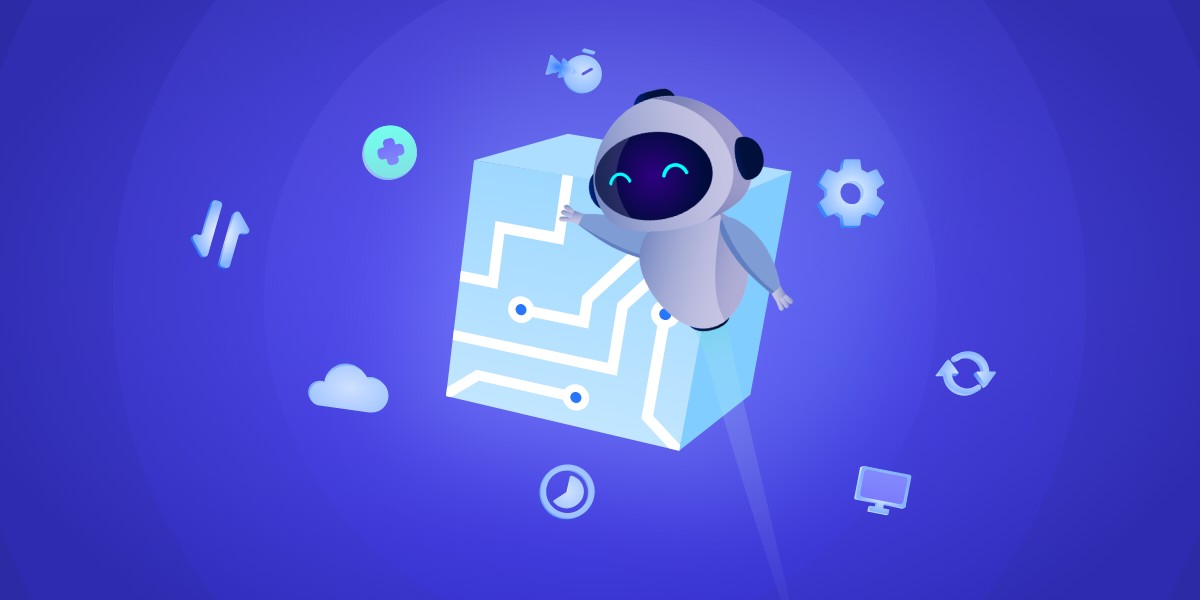 The benefits of AI-powered test automation are nearly endless, but we’ve done our best to gather them all in one article.

The next generation of test automation is AI-driven, bringing the highest quality tests to ensure your highest quality product. With the power of Artificial Intelligence and Machine Learning, testing is faster, more accurate, and even more fun than ever! There are so many benefits of AI-powered testing that it can be hard to list them all, but we're going to try to pack them all in here. This is your one-stop shop for the benefits that AI can bring to your test automation.

One of the most exciting benefits of AI test automation is self-healing tests; in this case, AI works alongside ML. With standard test automation, any element with dynamic data poses an immediate threat to test result accuracy. Every time a test fails, you're stuck with the question "Is there actually a bug, or did my test just break again?" Without ML, a test automation tool can't tell the difference between data that is supposed to change and data that went rogue. However, test automation with AI and ML can take into account all the attributes, selectors, and element IDs, so when one aspect of the data changes, it has a model to compare to. This way, it knows that data is just doing its dynamic thing instead of breaking.

You've heard it all before: "no-code test automation!"; "author your tests completely codelessly!"; "no coding skills required!" And we all know that it hasn't really worked out in the past. But with the genius pairing of AI and Natural Language Programming, codeless automation is a reality, but calling this combination Natural Language Scripting might be more apt.

Now fair warning, this bit is Virtuoso-specific: With Natural Language Scripting, you get all the power and customization of coded test automation with the speed of writing test steps in plain English. AI makes this possible by taking those plain English commands and translating them into "proper" code behind the scenes. And really good codeless test automation lets you dive into that code and make any changes necessary to make sure that your test steps are absolutely perfect (though that level of detail usually isn't needed, it's always good to have options!).

If anything goes wrong with a User Interface (UI), everyone knows that it can be devastating. In the past, the only way that the UI level could be tested with the most accuracy was with manual testing. Coded approaches sometimes wouldn't notice if a button changed color and blended in the background and other codeless automation testing like recorders that rely on purely visual information wouldn't catch a broken button. Even so, manual testers aren't infallible and can miss small visual changes. With AI, you can not only test that the colors, size, shape, and positioning of all the elements are in their correct places, but you can also be sure that all those visual elements are working with these smart regression tests.

Functional UI testing tends to go well with visual testing. It's great if you can see all the buttons but it's another thing entirely if the link is broken or a dropdown is bugged out. With ML learning how all the different elements are supposed to work, test authoring time can decrease while test accuracy increases. This way, testing teams can spend more time establishing the state of the application and less time meticulously explaining to the testing tool how each element is supposed to work.

One really cool feature Virtuoso has is the ability to map out the paths within the web app. You can simply give the app a URL and it's off to the races, mapping out all the paths that you can take from the starting point. It can write out all the test steps for you, set baselines for visual regression tests, check load times, and is overall a great starting point when you're not sure where to, well, start. It can also be a great way to check what your web app looks like to the "eyes" of someone completely unfamiliar with your site and test like a user would - kind of like removing the "Artificial" from "Artificial Intelligence!"

AI makes Continuous Testing a breeze, fitting in your testing with Continuous Integration/Continuous Delivery and the Software Development Lifecycle (SDLC) - especially with the use of conditional tests. For example, with Virtuoso, you can set conditions for your tests, so say if you get a certain kind of test outcome from a specific test, Virtuoso will automatically trigger a follow-up action, whether it be another test, committing a GitHub extension, or sending a notification. So your tests are not just continually running, but they're running intelligently. Along with running tests in parallel, you can run even thousands of tests as often as you like to ensure that your website is always in the highest state of quality.

AI can even help with your end-to-end testing by recognizing relationships and patterns between the front-end interface and the back-end. API tests that ensure both parts of your website are communicating properly can be enhanced by AI knowing if any wires get crossed during the exchange of information and grouping API on a case-by-case basis.

As I started out by saying, there are so many AI benefits that it can be hard to list them all. But it's not hard to get them in one tool! With Virtuoso's AI-driven automated testing, you can get all these benefits and even more! We conduct all types of testing, including security testing, cross-browser testing, accessibility testing, and more. And now, you can try out all this intelligent, automated goodness for yourself with our free trial. Go on, we know you'll love it.