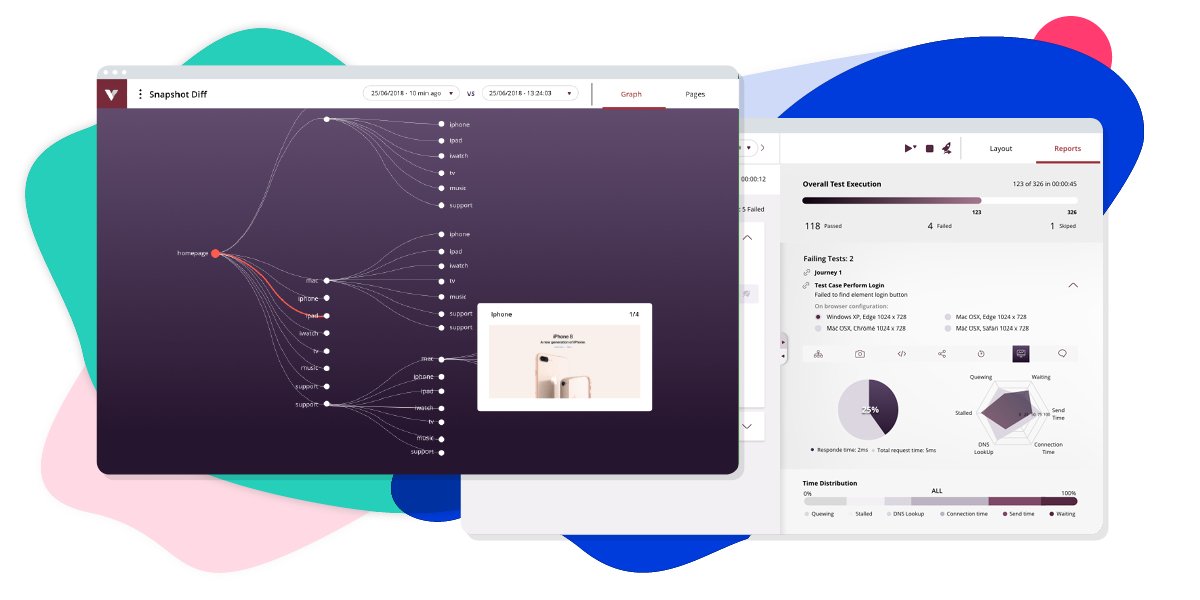 20th August 2019 - SpotQA a leader in automated software testing, today announces the general availability of its flagship product Virtuoso. Virtuoso tests web and mobile web apps to identify bugs, inconsistencies and errors in a fraction of the time taken using traditional manual and automated testing. Using intelligent automation powered by Machine Learning (ML) and Robotic Process Automation (RPA), Virtuoso increases the speed of testing by up to 25X, bringing down the costs of QA by 80-90%.

In addition, SpotQA has secured a $3.25M round of seed funding, led by Crane with participation from Forward Ventures, Downing Ventures and Acequia Capital.

The first “Intelligent Quality Assistance Platform”, Virtuoso’s easy to use interface enables even non-technical personnel to automate functional, UI and compatibility testing across web and mobile web apps faster and more effectively than even experienced QA engineers. Uniquely, it enables testing in a highly automated and efficient way across the entire software development life cycle from specification all the way into production.

Traditional software testing is slow, expensive, complex, and is typically siloed. Manual testing, and even existing methods of automation, have not kept pace with modern approaches to software development and devops e.g. continuous integration/continuous development (CI/CD).

In contrast, Virtuoso’s Intelligent Quality Assistance Platform offers a suite of capabilities that makes software testing smarter, continuous, faster and accessible for web and mobile web applications. Using Virtuoso, any company doing a lot of development -- from large enterprises to e-commerce -- can easily test the quality and reliability of web applications and brand consistency across their web properties.

Tomos Walters, CTO at The Chemistry Group: “Virtuoso was easy to set up for our automated testing needs and was up and running immediately. The efficiency and savings it has brought has allowed us to test faster, with less resources and allowed us to focus our engineering resources on development rather than testing.”

Krishna Visvanathan, co-founder and Partner at Crane Venture Partners comments: “Our goal at Crane was to back stellar founding teams, looking to revolutionise large addressable markets with product and technology that at its core, leverages data, automation and machine intelligence - the three pillars of the transformation of the enterprise environment as we see it. SpotQA embodies this - deploying technology to upscale what skilled human software testers can achieve and delivering huge efficiency gains to a multi $bn market which has long been neglected. We are thrilled to support this company as they grow and expand.”

SpotQA is a leader in automated software testing. Its flagship product Virtuoso provides an Intelligent Quality Assistance Platform that makes software testing smarter, continuous, faster and accessible for web and mobile web. Customers including Experian, Chemistry, NHS and Royal Mail work with SpotQA to automate functional, UI, compatibility, and integration testing. Virtuoso has a codeless interface that ensures even non technical QA and DevOps teams identify bugs, inconsistencies, and errors in a fraction of the time typically taken with existing testing processes. Founded in London in late 2016, SpotQA is a privately held company. For more information, visit www.SpotQA.com.

Crane builds data, enterprise and deep technology companies alongside Europe’s most ambitious founders. Based in London, Crane’s Partners have invested in and scaled businesses across the US, Asia and every major hub in Europe. Over the last year, Crane has made investments from its first institutional fund in European enterprise startups including AIRE, Avora, Senseon Technologies, Tessian, Onfido and H2O.ai. https://www.crane.vc/