A Scalable Test Automation Tool is for Life 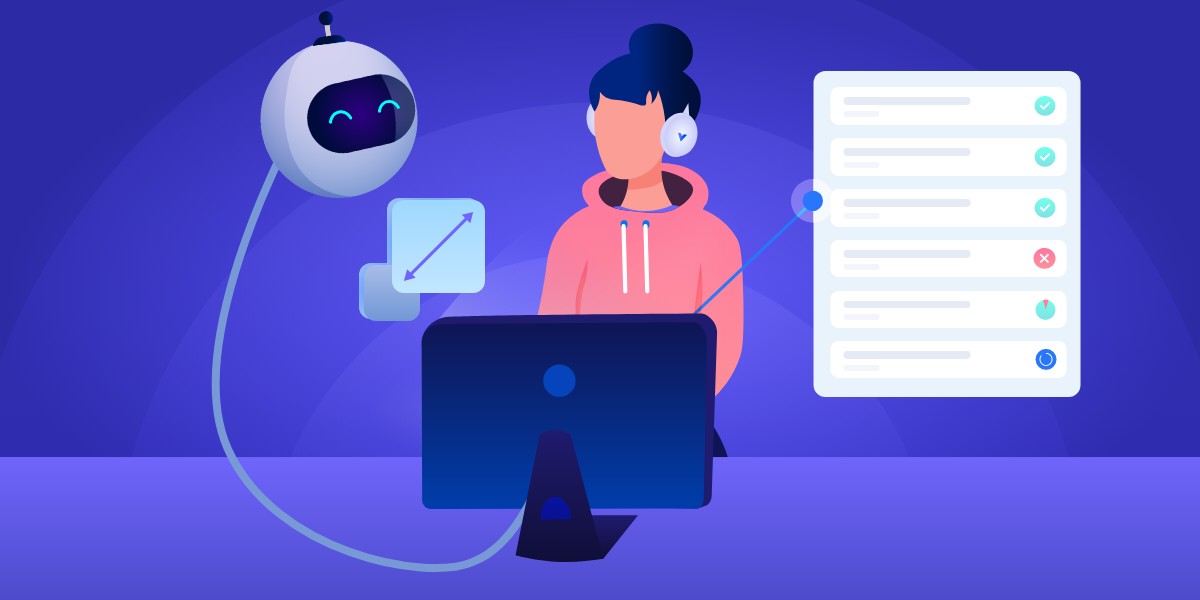 Your test automation tool should be able to scale with you at all stages of growth.

We've talked about the challenges of onboarding to a new software before (along with how Virtuoso makes onboarding a breeze ;) ), so generally once you pick a great piece of software, you want to stick with it for the long haul - 'til death do us part and all that jazz. Part of ensuring that you and your software tie the knot for life is making sure that you get scalable test automation, and there are several different features that software can have to ensure scalability. But I won't spoil anything here, read on!

Functional UI testing is a complicated beast to tackle. What I mean by that is that there's so much that goes into functional UI testing, like regression tests, exploratory testing, integration testing, cross-browser testing, and some automation tools even conduct API testing - lots of moving parts. That being said, usually, running 10 tests isn't a big deal, but when you get into numbers of 1,000 tests or even 10,000 tests, that can be a lot to deal with, especially if the web app is full of dynamic data or equally complex components.

Therefore, scalable test automation tools are able to keep up with the number of tests demanded without suffering in performance. This is achieved partly by features of the testing tool like running tests in parallel, but there's also a lot that can be done with intentional test authoring.

Ideally, software should be high performing with whatever size company uses it from start-up to enterprise. One of the biggest things software can do in that regard is have a flexible amount of users. Bigger companies mean bigger teams, so your software should be able to have one person or ten people on your testing team. The way licenses are structured can also present a potential problem when the company grows in size. Are there different tiers? What are the criteria for each tier? How easy is it to move between subscription types?

There's also the functionality of the software to be considered. What are the limits? Does the speed of test execution slow down when test amounts enter the thousands? These are all things to consider when looking for testing frameworks. One feature that can reduce the stress on the software is integrations. Integrating with CI/CD tools or other software puts less pressure on the software, which results in higher performance. For example, test automation software can integrate with another product that creates custom browsers to execute the tests on that takes the load off the testing tool to create those browsers.

The burden of scalable test automation doesn't solely rest of the shoulders of the software. Like with any good relationship, it goes both ways. One of the best things that you can do is know exactly what you want to automate. Don't stab blindly at your site to decide what should be testing, have a plan. The better of a plan you have of what to test, the less likely it'll be that you find yourself with a boatload of redundant tests later on. Unnecessary tests can eat up resources when testing, so the more streamlined your tests, the less intensive they are all to run.

There's also the way your tests are written that you have to consider. If you have to write a lot of tests, then writing reusable tests can save you a considerable amount of hassle. This might seem contradictory right after I said to avoid redundancy, but a lot of tests can start in the same way: navigate to the home page, mouse over a dropdown, click on a button. If you have fifty tests that start that way, then it's a good idea to be able to easily copy and reuse those first three steps rather than writing them from scratch every time.

At the end of the day, one of the best practices you can do for your automated tests is Continuous Testing. This way, your test cycle is shorter so you are assured that your product is in the best quality state possible. Parallel testing helps with shorter test cycles as well, so software that supports parallel testing is crucial. This probably surprises none of you, but we think you could have a very happy relationship with Virtuoso! Virtuoso is software for life, and it can scale with you all the way from 10 employees to 1,000 employees and beyond. Be sure to get in touch with us and we can be sure you're getting exactly what you need for every stage of your company’s growth.