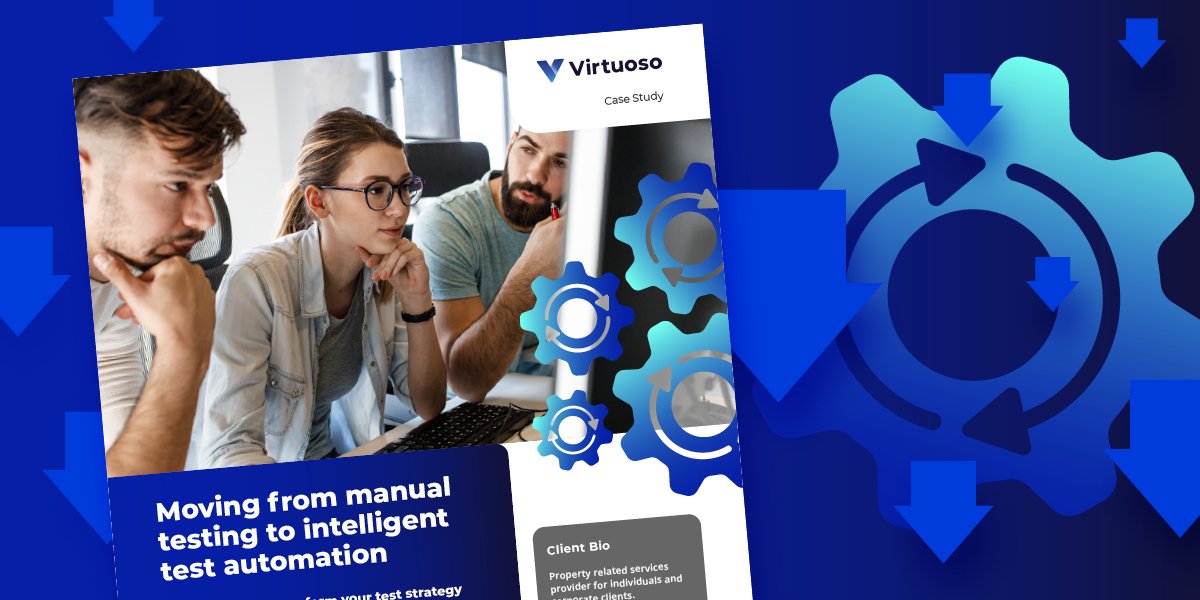 Discover Virtuoso’s transformative power and how Leaders Romans Group were able to transition from manual to in-sprint automated testing overnight.

Leaders Roman Group (LRG) are one of the UK’s largest property services groups formed by the merger of three well-respected brands; Leaders, Romans, and Boyer in 2016.

LRG are transforming in readiness to expand following their recent merger. Until recently they had a small development and product team that, although very strong technically, had no dedicated test or QA teams. They lacked both the testing and automation skills required to transform their QA.

Without the necessary testing mindset they were relying on a manual “hand to mouth” testing approach, with little structure to their method

LRG wanted a better, more efficient and structured approach to their testing. They needed to significantly reduce the manual effort and move towards a fully automated solution that would utilise the existing team with minimal disruption or lead time.

By adopting and utilising Virtuoso as an intelligent test automation platform, LRG has successfully shifted their testing both left and right.

Using Virtuoso, the team were able to automate between 80-100% of the testing that was needed for that sprint (both authored and executed in sprint). At the end of each sprint any relevant tests are copied to the regression pack, which is built over time and is focussed on the areas of active development.

The team were also then able to start to build regression tests for other areas of the application that have been road mapped for future development.

LRG’s shift left was made possible by Virtuoso’s NLP engine meaning that wireframes and requirements could be used to build automated tests in natural language that form the overall journeys through the application. The shift right was enabled through Virtuoso’s ability to execute those same automated journeys on their application in production to monitor critical user journeys

Within just 6 weeks LRG were able to build over 50% of their automated regression pack by building automated tests in sprint. They had no need to hire additional people and have quickly transformed their testing, using the same teams as before, by adopting Virtuoso.