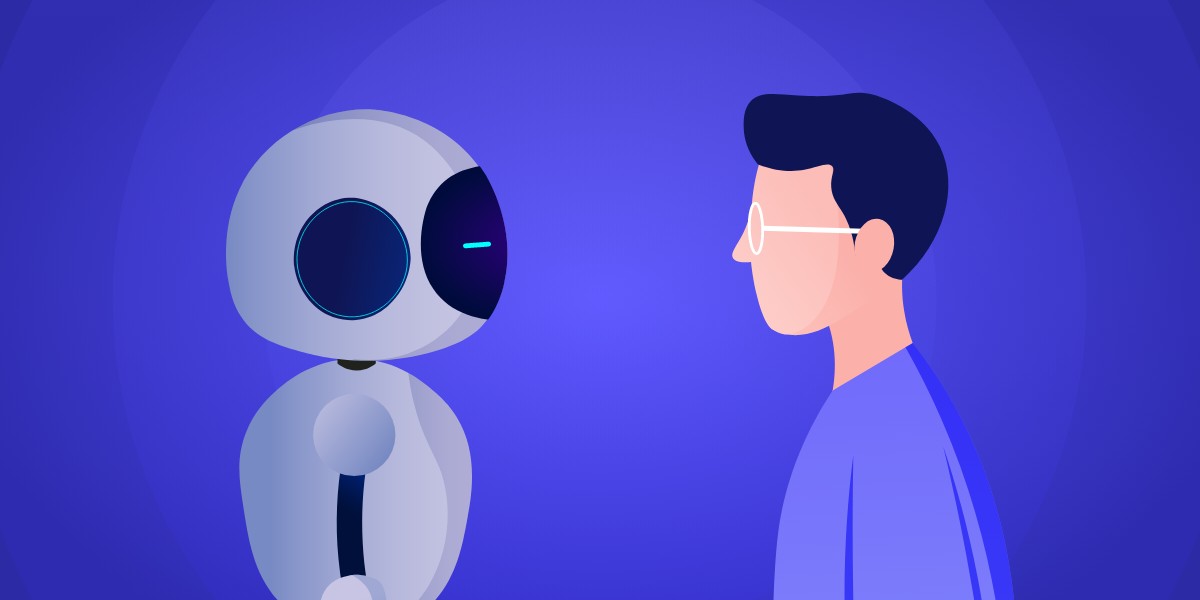 AI is pretty incredible, and it can do a lot of tasks, but ultimately, it’s here to augment human intelligence, not replace people.

With all the talk of Artificial Intelligence (AI) and how incredible it is, some humans- I mean, people are worrying that AI might replace their job. It's a natural concern, but ultimately, AI isn't meant to take your place. However, it is undeniable how much AI is growing and how widely adopted it is becoming; PwC predicts that AI will contribute up to $15.7 trillion to the global economy by 2030. The goal is to support human intelligence through a variety of methods.

It's undeniable that machines are superior intelligent, but they only seem intelligent. AI accurately replicates human actions, words, decisions, and, in some cases, feelings, but that's all it is: replications. It has infinite uses since machines can do something that humans cannot. As long as they have data, they can work continuously without tiring out, no matter how data-intensive the task is.

This is great for repetitive tasks, but what about when there are more complicated tasks? AI cannot grow without someone programming to take on activities outside its software. Software that uses Machine Learning might be able to learn how to complete its tasks with more efficiency, but it can't learn to do new tasks on its own. Now, this might not always be the case, as AI researchers are learning how to help AI to learn on its own, but at a very rudimentary level.

Furthermore, what about emotional intelligence? AI might be able to imitate feelings, but it doesn't understand them. AI can't write creatively and have it make complete sense. For example, I, a human and totally not a robot, am writing this article, and my sense of humor and creativity can't be replaced. AI can't replace my ability to imagine or handle changing situations, no matter how much data it gets.

So, What Should AI Do?

At this point in the development of AI, there's no point in trying to code AI to handle complicated tasks. The most efficient way for companies to adopt AI is to use it to automate repetitive, rather boring tasks. After all, what person doesn't want to be able to pass off these kinds of tasks to focus on the more exciting ones - the kind of problems that need real critical thinking and clever solutions? As long as AI has the data, it can do as many tasks as you need it to.

However, none of these current limitations on AI means that the relationship between people and AI isn't going to evolve. As AI becomes more widely adopted, businesses are starting to analyze how people and AI will start working side-by-side. David De Cremer calls this the "new diversity" in his book entitled Leadership by Algorithm where he tackles how in the possibly-near future, there might be workplace discrimination from humans toward machines. Obviously, this won't hurt the machines' feelings (we're- I mean, they're tougher than that), but not trusting AI could potentially harm company operations.

But as of now, AI is still in the stage of being a tool, not a coworker. In the world of test automation, using AI does not and should not replace QA teams. Rather, AI should support teams by automating the menial tasks of manual testing, and the use of Natural Language Programming can make AI accessible to all testers regardless of their coding proficiency. By not having to complete the more boring parts of testing, QA teams get a lot of time freed up. If your team of humans is interested in getting AI to handle some of the repetitive tasks, then book a demo with Virtuoso's team of humans experts to see how it works!